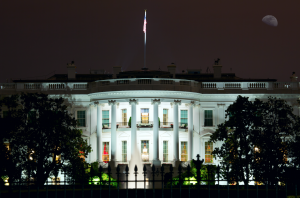 Breaking news: U.S. Attorney General Jeff Sessions has been fired by President Trump. Sessions “was a longtime opponent to cannabis reforms before becoming the nation’s top cop and has been a looming threat to state-legal cannabis industries during his time as Attorney General.” Learn more about what took place and Sessions’ past actions against cannabis reform in this article by Graham Abbott from Ganjapreneur:

Jeff Sessions, a former Alabama GOP Senator, was a longtime opponent to cannabis reforms before becoming the nation’s top cop and has been a looming threat to state-legal cannabis industries during his time as Attorney General.

Sessions will be replaced by his chief of staff, Matthew Whitaker — a former U.S. attorney for the Southern District of Iowa who served under the George W. Bush administration from 2004 to 2009.

Sessions rescinded the Cole Memo, a set of protections for state-legal cannabis businesses left over from the Obama administration, in January. The move sparked panic in the cannabis industry about a potential federal crackdown by the U.S. government on what has otherwise remained a largely uninhibited experiment in statewide cannabis reforms.

In May 2017, Sessions issued a memo reversing some of the more compassionate drug conviction policies established under the Obama administration, signaling a return to Drug War-era mandatory minimum sentencing. One month later, he asked Congress to restore funding for the federal enforcement of cannabis prohibition in legalized states.

In September, a collection of U.S. senators wrote a letter to Sessions inquiring about delays in the licensing of additional cannabis cultivators for federally funded research. The additional licenses were requested two years ago by President Obama.

Sessions’ departure, while arguably good news for cannabis, is not necessarily surprising. President Trump and his attorney general have been on shaky terms since shortly after Trump took office when Sessions recused himself from the FBI investigation into the potential collusion with Russia by Trump’s presidential campaign.”

All credit to Graham Abbott of Ganjapreneur. Original posting here.

Changes on the Horizon