Changes on the Horizon

Changes are on the horizon for the legal cannabis industry! This October 24th article by Sean Williams of The Motley Fool explains some of the big ‘marijuana firsts’ we’ve seen this year and asks the big question: “has the U.S. Drug Enforcement Administration changed its tune on weed?” Read on to find out what this expert has to say. 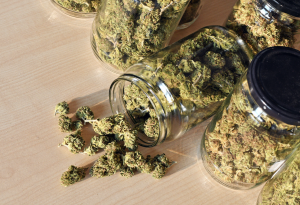 “This has been a big year for “marijuana firsts.” We’ve witnessed a number of cannabis stocks move to reputable U.S. exchanges; stood back and watched the first cannabis-derived drug get approved by the U.S. Food and Drug Administration (FDA); and, of course, eagerly observed as Canada lifted the curtain on nine decades of recreational marijuana prohibition last week.

Perhaps the best thing of all about the legal pot industry is that the history-making never ceases. In fact, with adult-use weed now legal in our neighbor to the north, and numerous other countries considering legalization, it’s arguable that history could be made on a regular basis moving forward.

Take, for example, the history that’s being made by shipping marijuana from Canada into the United States. And yes, you did just read that correctly.

These two pot stocks were given the OK to ship cannabis to the U.S.

Despite 30 states having passed sweeping usage laws on medical cannabis in the U.S., the federal government continues to hold the drug as a Schedule I substance. This means it’s entirely illegal, is prone to abuse, and has no recognized medical benefits. As such, interstate transport of cannabis and cross-border transport, including imports and exports, are strictly forbidden. That’s why niche retailers like MedMen Enterprises have had to operate grow farms in each state they have retail operations, since out-of-state transport isn’t a legal possibility in the United States.

But over the past five weeks, the federal government — or should I say, the U.S. Drug Enforcement Administration (DEA) — has softened its stance a bit and permitted two Canadian marijuana growers the ability to import cannabis or cannabinoids for medical research studies.

On Sept. 18, Tilray (NASDAQ:TLRY) announced that it had received approval from the U.S. government to import a cannabinoid formulation containing cannabidiol and tetrahydrocannabinol (the psychoactive component that gets you high) for a clinical trial focused on essential tremor at the University of California, San Diego. Tilray is predominantly focused on providing products to the medical community, so it’s expected to be reliant on exports to foreign markets (perhaps even the U.S. on a regular basis) moving forward. Since the U.S. government has just one federally approved grow facility, supply of medical cannabis can constrain research. This move by the DEA to permit the import of cannabinoids could be the first step to removing some of the red tape surrounding medical research.

Then, on Oct. 9, Canopy Growth Corp. (NYSE:CGC) announced that the DEA had permitted it to make what it believed to be the first legal medical cannabis export to an as-of-yet unnamed research partner in the United States. Said Canopy Growth’s president, Mark Zekulin, “The United States presents a unique market opportunity and as the most established cannabis business in the world we, in turn, offer a unique ability to advantage standardization, IP development, and clinical research that can improve the understanding and legal application of cannabis and cannabinoids.”

Is this just the beginning?

The real question investors should be asking at this point is whether this is a one-time exception to the rule from the DEA, or if we’re on the cusp of real change in the United States.

Prior to Tilray and Canopy Growth making history, GW Pharmaceuticals(NASDAQ:GWPH) broke ground of its own, which was alluded to earlier. GW Pharmaceuticals’ cannabidiol-based oral solution known as Epidiolex, which dazzled in multiple late-stage clinical trials, became the first cannabis-derived drug to get the OK from the FDA in June. Not only that, but GW found out recently that Epidiolex was classified as a Schedule V drug by the FDA, which is the least-restrictive tier it could be placed in. In theory, this could lead the way to less-restrictive scheduling for other cannabidiol-based products. Cannabidiol is the non-psychoactive component of the cannabis plant best known for its perceived medical benefits.

As noted, 30 states have legalized medical marijuana in some capacity — and that may increase by two following midterm elections. If nearly two-thirds of the country has passed sweeping medical pot laws, it seems only logical that lawmakers on Capitol Hill would at least consider rescheduling or de-scheduling cannabis for medical purposes.

What’s certain, though, is that Canopy Growth and Tilray would eagerly jump into the U.S. market if the federal government changed its tune. In its press release, Canopy alludes to the importance of operating in federally legal markets on a few occasions, but not without mentioning the massive potential size of the U.S. market.

Meanwhile, with Tilray having listed its shares on the Nasdaq in the U.S., and the company looking abroad for expansion opportunities, a legal push into the U.S. would make a lot of sense.

Now we simply wait and see if this was a one-time thing from the DEA or a genuine change in perception.”

All credit to Sean Williams (TMFUltraLong) of The Motley Fool for this article. View the original posting.