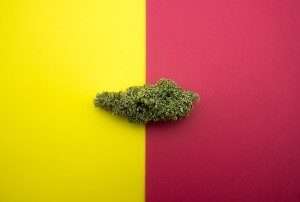 Recently, the 45th President of the United States, Donald Trump, stated he is in favor of and would probably support the pro-marijuana bill proposed by the Republican Senator of Colorado, Cory Gardner. The bill would amend the Controlled Substances Act currently in place; according to Senator Gardner, “The bill does not legalize marijuana. Instead, it allows the principle of federalism to prevail as the Founding Fathers intended and leaves the marijuana question up to the states.” The Senator claims, “Since the campaign, President Trump has consistently supported states’ rights to decide for themselves how best to approach marijuana…”

Why is this happening? 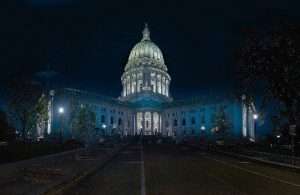 Medical marijuana has been legalized in thirty of the fifty United States of America, and recreational marijuana has been legal in nine of them since as early as 2014. So, the question stands: what are we doing here? In January of 2018, the United States Attorney General, Jeff Sessions, released a memo that essentially reversed the Cole Memo enacted during President Barack Obama’s time in office that protected states with marijuana-friendly laws from federal prosecutors. In other words, prosecutors were discouraged from enforcing federal marijuana laws in states that had legalized the drug, if they found evidence of the implementation of a strict regulatory framework to hold the state and the cannabis market accountable. The memo from Attorney General Sessions heightens the prospect of a federal marijuana crackdown in those states because it mandates, “prosecutors should use their discretion in weighing whether [federal] charges are warranted.” As the Senator of Colorado, the first state to legalize marijuana for recreational use, Gardner took offense to the memo and has acted as a blockade during the Department of Justice nominations ever since.

What does this mean? 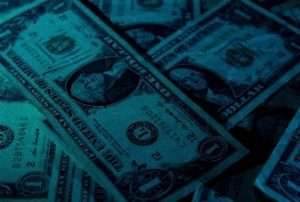 For months, Senator Gardner has hindered the nomination process by holding up nearly twenty Justice nominations. Within the Department of Justice, there is an Office of Legal Policy, they work with the Attorney General to advise the President of the United States on his nominations for judges. Once the President has picked his nominees, they are submitted to the Senate who then confirm the nominee’s spot for consideration by voting in favor of them. By not voting, Senator Gardner was postponing the nominations, subsequently, these actions prompted the President to contact Senator Gardner in April of 2018 to strike up a deal. The President encouraged Senator Gardner to set aside any hesitations going forward and guaranteed the Senator support of his proposed bill. “Furthermore, President Trump has assured me that he will support a federalism-based legislative solution to fix this states’ rights issue once and for all. Because of these commitments, I have informed the Administration that I will be lifting my remaining holds on Department of Justice nominees,” said Senator Gardner in an interview with the Washington Post. As long as the administration does not go back on their word, we should not see too much noise coming from the Coloradan Senator.

Why is it nice to have the President on your side? 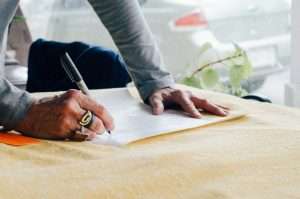 To have a Presidential backing of this bill means nay-sayers might begin to see the benefits of pro-marijuana laws. As Senator Gardner mentioned, this law complies with the tenth amendment of the United States’ Constitution. Once again, this makes it ideal legislation for the President to defend as the bill advocates for a state’s right to choose what is and is not legal; which aligns with his political values. The proposed bill opens the door for a potential economic boost. BDS Analytics and ArcView Market Research found there are around 121,000 people directly working in the cannabis industry by tending plants, trimming leaves and selling cannabis products. According to the Federal Bureau of Labor Statistics, there are fewer than 50,000 coal miners, an industry some more conservative Republican party members are trying to revive. The nine states selling cannabis products for recreational use have collected more than $1.6 billion in taxes since beginning their legalization programs. Solely, the revenue from the launch of legal sales in California this year is expected to amplify that number. New Frontier Data, an analytical firm, estimates sales of recreational and medical marijuana to be $11.7 billion this year, with a 25% increase in 2019, predicting sales of about $25 billion in seven years. The bill would allow banks to offer financial services to businesses in the cannabis industry. Marijuana is illegal at a federal level, banks deny services to entrepreneurs in the cannabis industry to stay within the law. Therefore, such businesses are forced to deal with their earnings in cash or cryptocurrencies. The way laws are now, there are billions of dollars going into the internet economy, instead of cycling back into the American economy like it would if this bill is passed.

What could interfere with the deal? 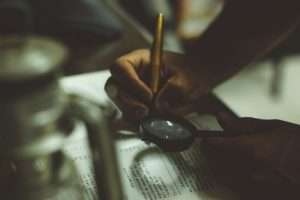 There are three major reasons this monumental piece of legislation may not be passed. First, this bill actively defies the will of Attorney General Sessions. In the past they have not always seen eye to eye and the President could change his stance and take this opportunity to support an initiative of the Attorney General Sessions’ memo. Secondly, there are influential members of the Republican party who may oppose the bill, including the Senate Majority Leader Mitch McConnell, a representative who has openly chosen not to support such legislation in the past. Thirdly, the President could change sides on this issue if the deal itself was simply a ploy to get the Department of Justice nominations up and running again after Senator Gardner had successfully delayed them for months. Therefore, the deal could have been a pawn in an elaborate ruse to move things along. This would coincide with some of his criticizers’ observations that the President has held contradicting positions in the past. His critics go as far as to point out that on the campaign trail the President stated he would “like to leave marijuana legalization to the states — but once he was in office, Sessions rescinded the Obama-era memo even though it did exactly what Trump promised.” Even Democratic Senator Cory Booker of New Jersey publicized concerns on Twitter, saying “Commitments mean little from President Trump. The only way to truly protect states that have legalized marijuana is for Congress to act.” In a more cautious statement, Attorney General Bob Ferguson vocalized his optimistic viewpoint: “I understand President Trump has offered his support for states to have the right to regulate marijuana and for legislation to enshrine this right in law. I am cautiously optimistic that the president appears to have heard the will of the people on this issue. But this president has demonstrated a willingness to go back on his word. Until there is a formal agreement protecting Washington’s well-regulated marijuana industry, I will continue to stand ready to defend it.”

What should we do for now?

If you live in a state where recreational smoking is allowed, and happen to be a consumer of cannabis products, be advised to purchase in small increments and keep a low amount at your place of residence to not raise federal suspicion. On the other hand, if you are a cannabis business owner you should market your product while you can and Nug Digital Marketing is a great agency to work with. Nug Digital can build upon your marketing efforts with their specialized tactics for branding and digital advertising: mobile advertisements and text messages.